Bicycle Brüstop in Downtown Novato has partnered with the Sonoma County Bicycle Coalition, local fire agencies and other area businesses to offer free bikes to families who lost their homes in the 2017 North Bay Firestorm. Giant Bicycles USA has donated 200 bicycles to families in need, half of which were given out at an event in Highway 12 Winery’s Warehouse on December 10, 2017.

“This week we have been busy coordinating the assembly and tuning of 100 bikes with the generous help of dozens of volunteers and sponsorship from Del Monte Meat Company, Novato Napa Auto Parts and Flour Chylde Bakery,” said Carolyn Thompson, Co-Founder of Bicycle Brüstop. “We are so honored to work with such an amazing crew during the holiday season to bring some happiness to families impacted by the North Bay Fires.”

In addition to the donation from Bicycle Brüstop and Giant Bicycles, other regional bike shops and businesses donated bikes and helmets in order to help hundreds of families. 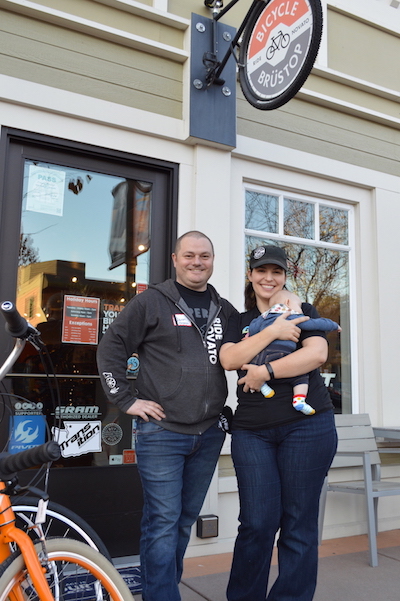 or check out our Frequently Asked Questions