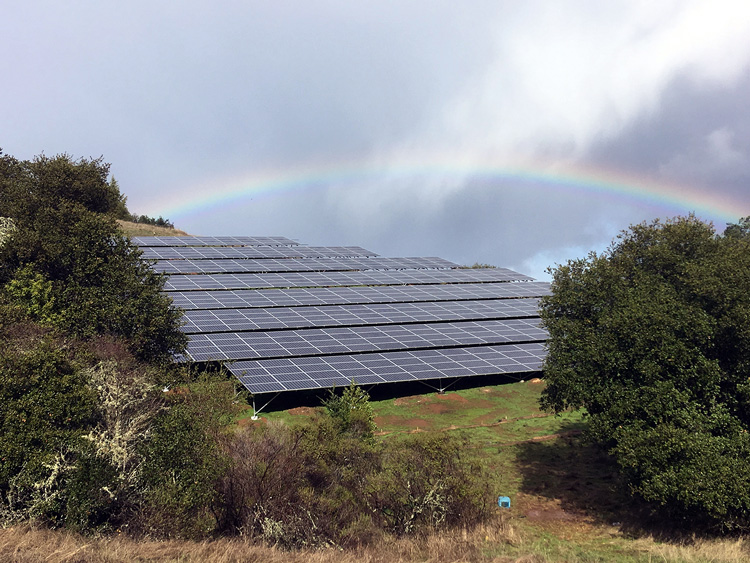 In July 2018, Novato based clean energy company SolarCraft completed two solar farms for the renowned Marin County golf course Meadow Club. The farms join two systems already put in place by SolarCraft including a system for Meadow Club’s storage facility and a solar powered pool heating system installed in 2017. The four systems on the more than 90-acre property will last over 30 years and together contribute to the equivalent 20 million less miles driven.

Along with the success at Meadow Club, SolarCraft has completed a handful of large scale projects in the North Bay since the beginning of this year. The popular Comstock Winery in Dry Creek Valley recruited SolarCraft for the installation of a 165 kW system while Sonoma Academy in Santa Rosa had a 143.3 kW solar electric system put in place. Both projects come as the North Bay continues the move towards a more environmentally conscious tri-county area.

“Solar makes a difference, short and long term, locally and globally,” says Ted Walsh, SolarCraft CEO who has lived and worked in the North Bay for more than a decade. “Our North Bay community, and the larger Northern California region, must lead the way on environmental and economic responsibility. As a community, we can set an example that the rest of the state, the rest of the country and the world can follow.”

SolarCraft has been one of the largest green-tech employers in the North Bay for the past 35 years and a 100% employee owned company since 2016. They are a Pacific Sun “Best Of” Hall of Fame member.

The City of Novato Requests Proposals for Historic Depot Site